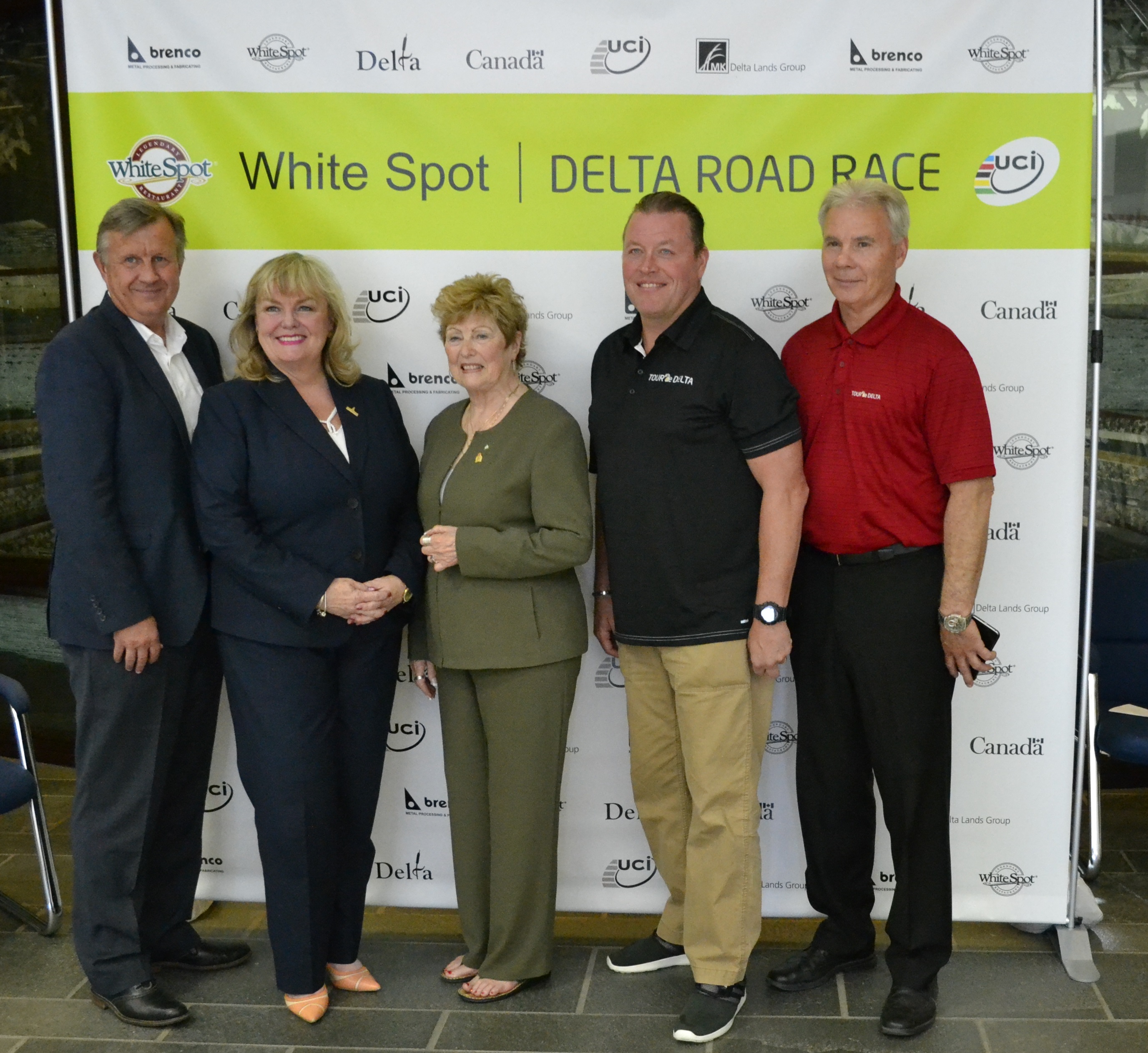 Delta, BC – The Honourable Kerry-Lynne D. Findlay, PC, QC, MP for Delta-Richmond East and Minister of National Revenue, on behalf of the Honourable Bal Gosal, Minister of State (Sport),
announced at a media conference today the awarding of a $50,000 Hosting Grant from Sport Canada to the Tour de Delta, which includes the UCI 1.2 White Spot | Delta Road Race.

“Contributions like this not only support a great community event, but also encourage athletes to pursue their dreams and inspire people to turn to sport as a key to a healthy lifestyle,” said Delta Mayor Lois E. Jackson. “We look forward to once again welcoming tourists and athletes from local communities, North America, and the world at this year’s Tour de Delta event.”

“We are very grateful for the endorsement that we have received from Cycling BC and Cycling Canada which has played a significant factor in being awarded the Sport Canada Hosting Grant,” said Tour de Delta Chair Cal Traversy. “This grant gives us the opportunity to not only enhance our race with live streaming TV, but also with education courses that will enhance our local and national coaching certification processes.”

Cycling Canada President John Tolkamp explained the impact that funding like this has in inspiring young athletes to get involved in the sport.

“We continue to be impressed with the passion the community of Delta shows for developing cycling. We are also pleased that the Government of Canada recognizes this passion and is again providing significant financial support ‎to the Tour de Delta and the sport of cycling,” said Tolkamp. “The efforts of Delta organizers, along with this funding, go a long way towards supporting the strategic goals of developing cycling in Canada.”

Meanwhile, the international profile of the BC Superweek series and the Tour de Delta is growing more and more due to the support of the Government of Canada, Cycling Canada and valuable community partners.

“Having an internationally sanctioned race as part of the Tour de Delta and BC Superweek has really increased the attendance of riders from across the globe. We hope to continue to bring international calibre cycling to British Columbia, and this Sporting Grant aids in achieving that goal immensely,” Traversy added.

The excitement of the UCI 1.2 White Spot | Delta Road Race this year is expected to be higher than ever as the course has been changed to a figure eight formation, which means the riders will pass through the start/finish line twice as often as in the past.